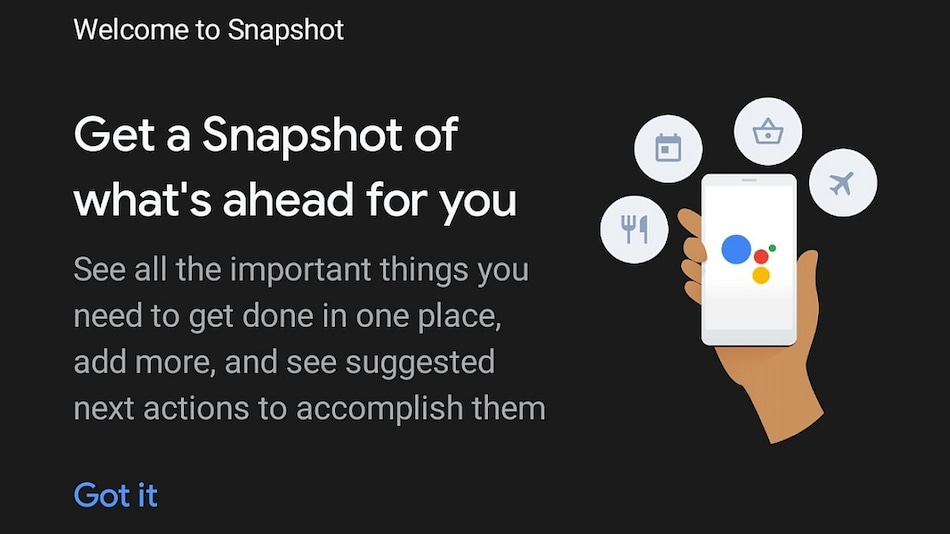 Google Assistant Snapshot has received several new feature updates, including voice support that will allow users to summon the feature by asking the AI-powered virtual assistant to show you upcoming tasks as well as recommendations for dinner, activities, and podcasts. The update is being rolled out for both Android and iOS devices. Google says that the functionality is live for those using English as their default language and the company will continue to roll out to additional languages in the coming months.

Summary of important tasks: Apart from the regular essential updates, like commute times and bill pay reminders, that users usually get, the feature will now start displaying reminders for upcoming birthdays and holidays that you have booked. The company said that the Snapshot cards will adjust based on the time of day and users’ interactions with Google Assistant. This essentially means that in the morning users will see a card about commute time, weather, and top headlines.

Recommendations for dinner, activities and podcasts: After the update, users will be served with ‘tailored recommendations’ based on users’ preferences for recipes, podcasts and even nearby restaurants that deliver. 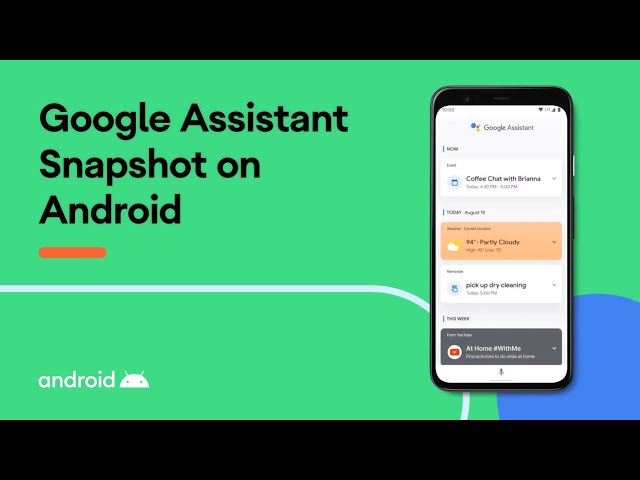 Voice Support: Earlier, users had to tap the ‘mic’ icon or pull up the Assistant from the bottom corners of the screen to see the essential information. Now, you just have to say “Hey Google, show me my day” to get the same set of information. Google says that this functionality is live for those who are using English as their default language. The company will continue to roll out the feature in additional languages in the coming months.

Notifications from Google Assistant: To ensure that users don’t miss any important information, Google Assistant will send a notification for things like flight timings, event updates, upcoming bills and due date reminders. According to the company, English-speaking markets will be getting an ‘upcoming birthdays’ card. When a user taps on the notification, he/she will be taken to the related Snapshot card, and will be offered options like calling, texting or even singing a birthday song.

Google introduced Google Assistant Snapshot two years ago in place of Google Now, along with a new look for its sign-in page that includes tweaks to the Google logo and centre alignment of all items on the screen.