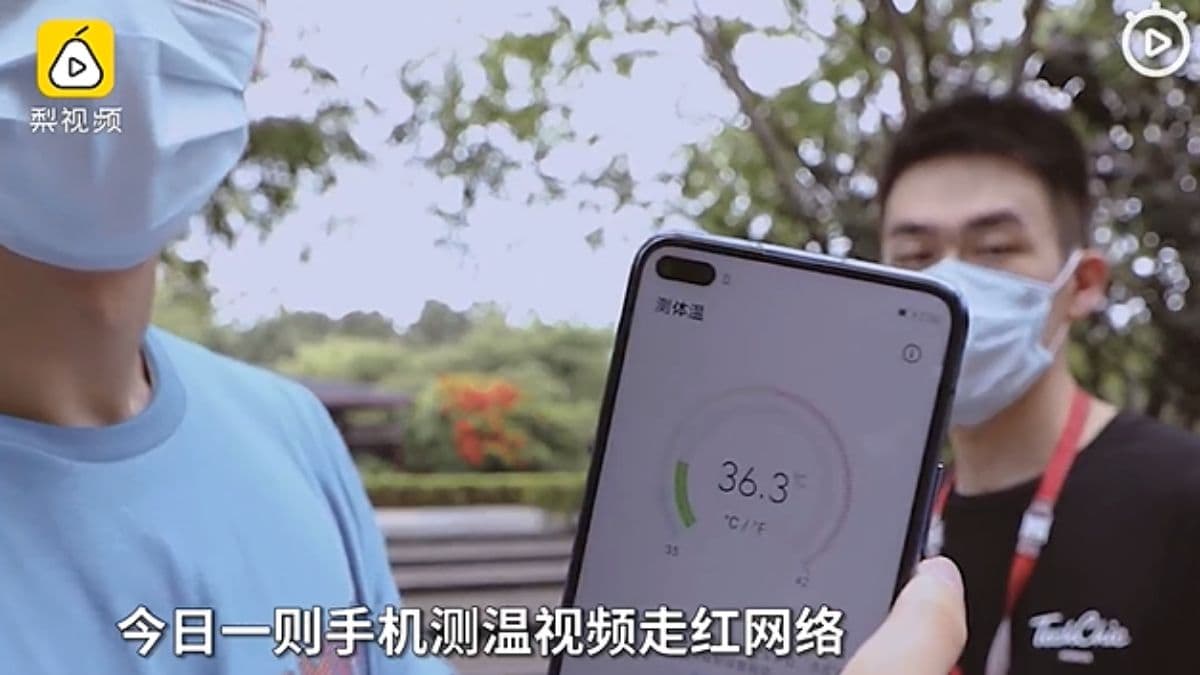 Honor Play 4 series will be capable of measuring body temperature, the company has teased hours before the phone’s launch today. The development is considered crucial in the current scenario as one of the early symptoms of COVID-19 is the sudden rise in body temperature. Honor has stated the temperature will be measured by the phone’s infrared camera present on the back panel. Similarly, the company has teased some of the features of one of the Honor Play 4 models in a post on Weibo.

The body temperature measurement feature will work when the infrared camera on the Honor Play 4 phone is placed on someone’s forehead. The feature also works when the camera is placed on someone’s hands, however, its full functionality is not yet clear. The body temperature will then be displayed through an app. This is demonstrated by the company in a video posted on Weibo. However, more information about its functionality will be known today during the launch event at 3pm China time (12:30pm IST).

The move is significant as several countries are finding ways to efficiently detect signs of COVID-19. Similarly, several tech companies are also joining the battle against the coronavirus pandemic by leveraging their technology. Recently in India, fitness wearable maker Goqii unveiled the Goqii Vital 3.0 smart band that features a body temperature sensor to measure body temperature in real time. As mentioned, the sudden rise in body temperature is considered to be an early symptom of COVID-19.