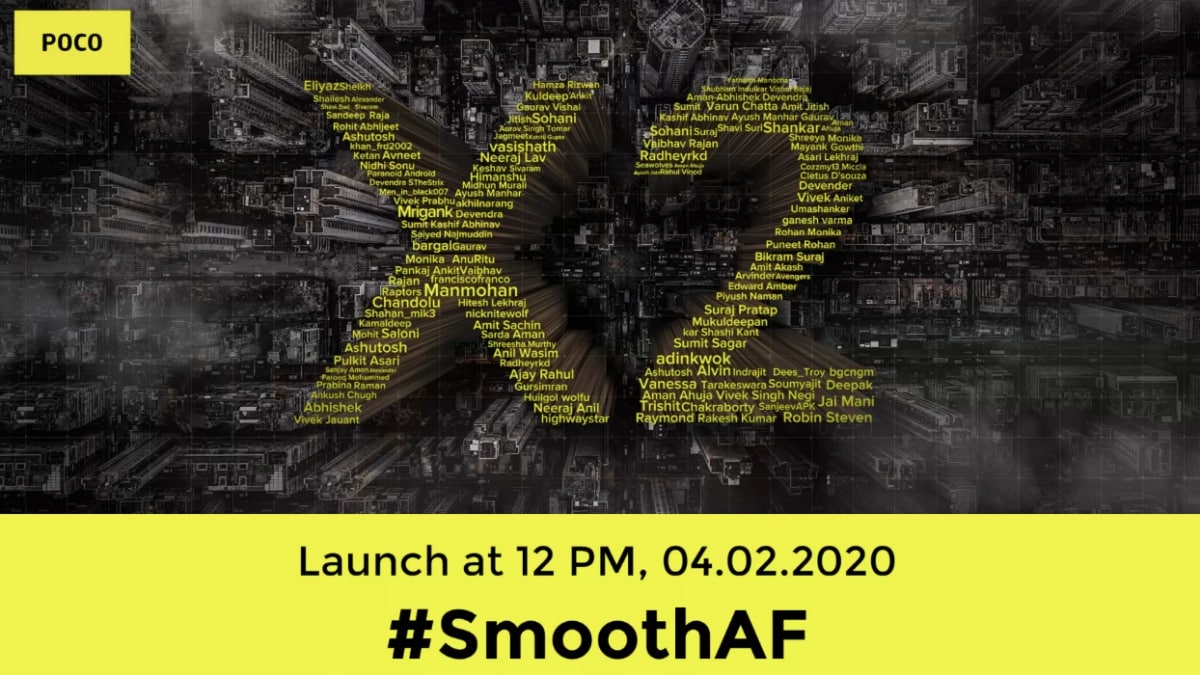 Poco X2 launch is set for February 4 in India and it will be sold via Flipkart, Mi.com, Mi Home Stores

Poco X2 launch date announcement and the news of Realme C3’s arrival next week were two of the biggest tech developments that took place this week. Additionally, Samsung launched its Galaxy A51 smartphone in the country and Finance Minister Nirmala Sitharaman unveiled the union budget with a number of announcements for the technology sector. Further, WhatsApp stopped working on older Android and iPhone models. Read on for more on these and other major tech news stories from this week.

After a long wait, Poco is ready to launch a new smartphone, however, all signs indicate that we aren’t going to get a Poco F1₹ 14,499 successor just yet. The Xiaomi spin-off brand revealed this week that it will launch Poco X2 on February 4 as its next phone. Poco X2 is believed to be a rebranded Redmi K30 4G variant that is a mid-range smartphone. Although Poco X2 is yet to be officially unveiled, all the teasers that the brand has released until this point indicate the Redmi K30 4G variant rebranding bit is credible.

As mentioned, Poco India has announced that it is hosting a press event on February 4 where it will be unveiling the Poco X2. The launch event will take place in New Delhi and will kick off at 12pm on the day. It is likely to be streamed live on YouTube and other social media channels.

Whether or not Poco X2 turns out to Redmi K30 4G variant, we already have a confirmation on a number of the specifications of the phone. First, Poco has revealed that the Poco X2 will feature a display with 120Hz refresh rate and support for 27W fast charging. Additionally, the teaser images posted by the company show the presence of a side-mounted fingerprint sensor, USB Type-C port, and a 3.5mm audio jack. The liquid cooling support has also been teased and the company has also noted the presence of a Qualcomm Snapdragon chip.