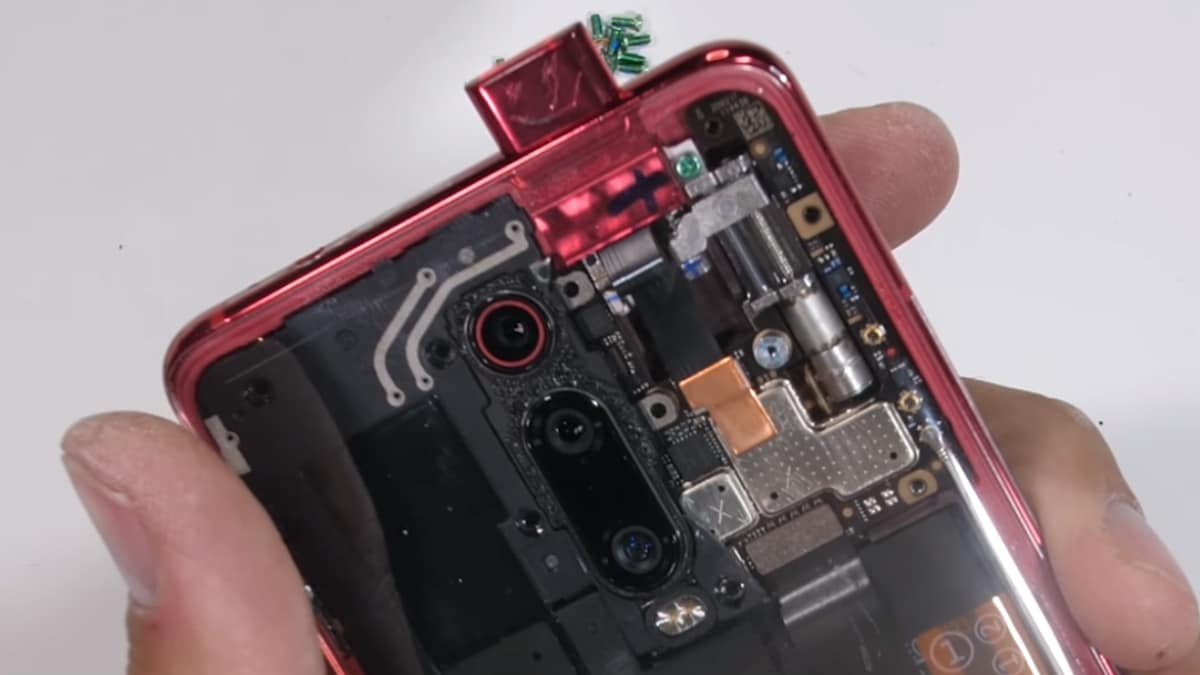 Redmi K20 Pro has suffered a teardown revealing its internal mechanisms, thanks to JerryRigEverything. The teardown reveals that the phone has several rubber protections around the buttons, the pop-up camera, and even the SIM card tray to protect it from water damage. The back panel removal, and the battery removal procedure was seen to be not so difficult, and both were removed without any damage. The back panel design is essentially a stick-on material that can be removed to make it a transparent case as well. Overall, the video suggests that the Redmi K20 Pro is easy to repair.

JerryRigEverything has posted a new YouTube video that does a complete teardown of the Redmi K20 Pro ₹ 24,999. In the video, the Redmi K20 Pro back panel comes out easily with a sharpie and some heat. The back panel hides all the internals, including the rubber protection around the buttons, the pop-up camera, and even the SIM tray. This goes to show that while Xiaomi hasn’t spent on water protection certification, the phone is going to protect itself from occasional spills. Don’t try to take the phone for a swim, though.

The back panel design is stuck on to the glass and can be easily removed. This, in effect, lets you transform the Redmi K20 Pro’s back panel into a clear one – revealing all internals, though we recommend against trying it. The video then goes on to show how easily the battery can be removed for repair, the pop-up mechanism that works using a threaded shaft. Zack Nelson also removes the pop-up camera setup to show the LED light that gets activated every time the camera comes out of its protection. Xiaomi has integrated two LED bulbs right next to the camera that then sends light to the translucent plastic covering around the edges of the pop-up module.