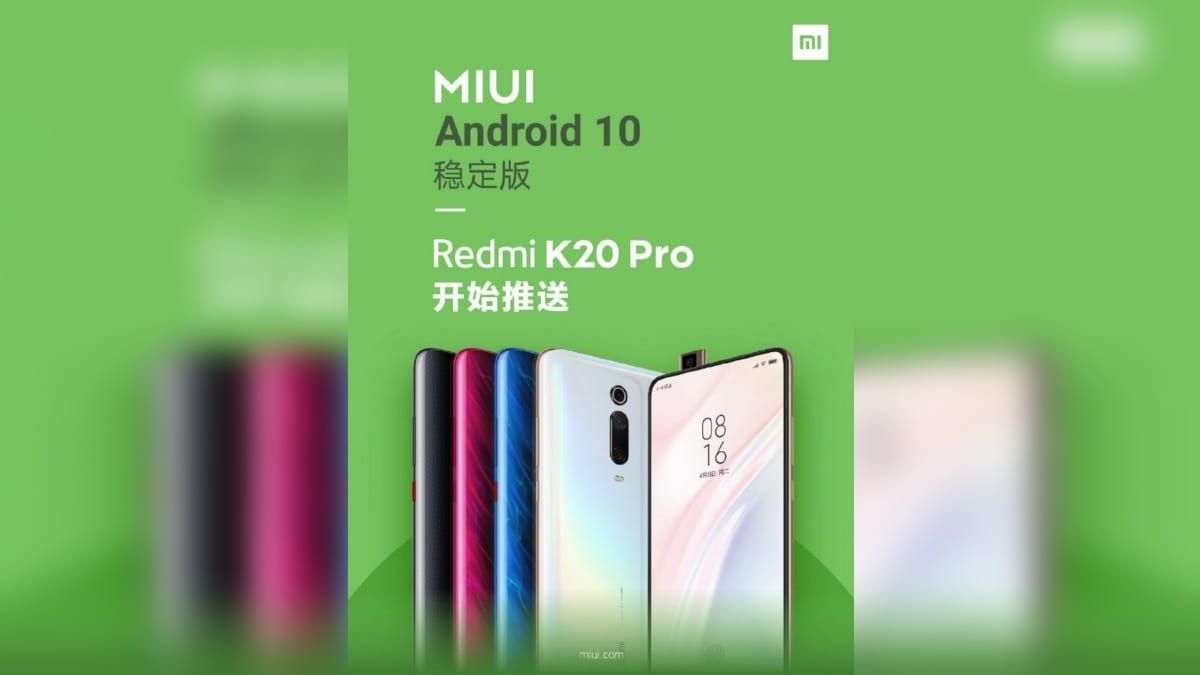 Lei Jun, Xiaomi CEO, shared a Weibo post earlier today, revealing that the rollout of Android 10 update for the Redmi K20 Pro has been released. He also noted that other Xiaomi phones will also receive the update soon. As per a post by the official MIUI Weibo account, Redmi K20 Pro users who participated in the Android 10 beta testing will be the first one to get their hands on the updated software. Moreover, closed beta testing for the Redmi K20’s Android 10 update has also begun in China and will be rolled out soon for those who have registered for the programme.