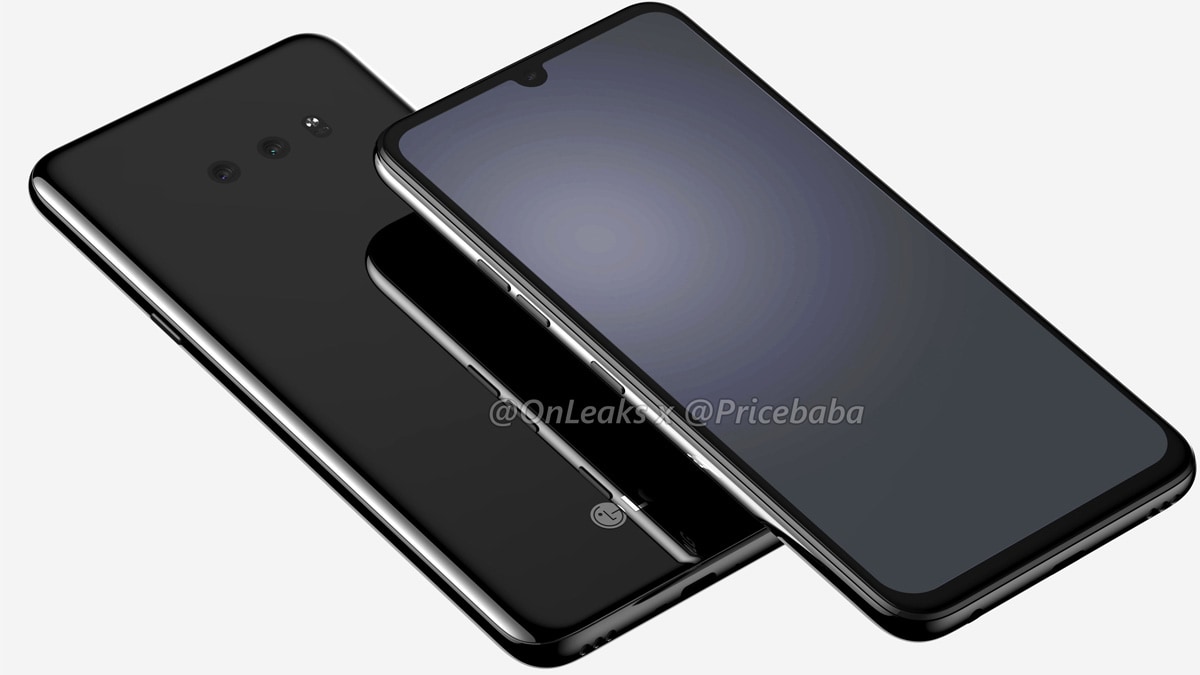 The Is this the upcoming LG G8X?

LG’s smartphone lineup for 2019 has been pretty lukewarm so far. After the launch of the LG G8 ThinQ and G8s ThinQ, rumour has it that it’s planning on launching a new G8X (ThinQ) around IFA 2019. This phone is said to be the successor to the LG G8 ThinQ, which launched earlier in February, during Mobile World Congress exhibition. New leak-based renders of the LG G8X have been shared.

The news comes in the form of leak-based renders via OnLeaks, in collaboration with Pricebaba. The images show the phone from pretty much all angles, so we have a pretty good idea of what the G8X will look like, provided they are real. The first thing that grabs your attention is that smaller notch. Compared to the LG G8, the G8X could have a dewdrop notch, which makes it look a lot more modern. Of course, it’s still not as cutting edge as a hole-punch or an all-screen design like the OnePus 7 Pro (Review), but it’s an improvement nonetheless.

The LG G8X back panel appears to have the same dual camera setup, which sit flush with rest of the glass back. The images also show a USB Type-C port and a 3.5mm headphone socket at the bottom. The size of the display is reportedly confirmed at 6.2 inches and the overall dimensions are said to be 159.3 x 75.8 x 8.5mm.

The back is also missing a fingerprint sensor, which means this could be the first LG phone to have an in-display fingerprint sensor. Due to the smaller notch, we doubt there would be any advanced facial recognition sensors in place, which means it will have to make do with selfie camera itself. The phone will continue to sport the dedicated Google Assistant button, which can be seen below the volume buttons in the render. One of the leak-based render images of the LG G8X also shows the presence of a earpiece, which means the G8X won’t have the G8’s vibrating screen technology for voice calls.

If this phone is truly going to be a replacement for the LG G8 ThinQ, then we can expect LG to go with the Qualcomm Snapdragon 855 Plus SoC, instead of the standard one. We could see some changes to the camera sensors too, although it’s reported to have the same stand and wide-angle cameras as the LG G8 ThinQ. Apart from the renders, there’s no real information to go on so we’ll just have to wait a bit longer till the IFA trade show kicks off in Berlin around the end of the month.