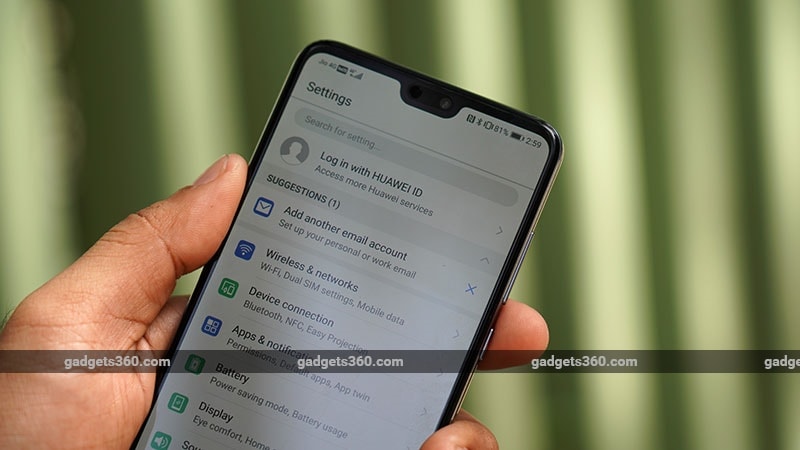 Huawei has now started rolling out EMUI 9.0 OS based on Android 9 Pie to P20 series of smartphones. The new update brings all the Pie goodness including full-screen gestures and a new UI. The EMUI 9.0 update also brings features like GPU Turbo 2.0, HiVision visual search, Password Vault, Digital Balance dashboard, and more. The EMUI 9.0 update is rolling out currently only to Chinese users, and international users will have to wait a bit before the rollout begins globally.

The Huawei P20 and Huawei P20 Pro₹ 59,999 users are getting the EMUI 9.0 update based on Android Pie, the company announced on Weibo on Friday. The update is rolling out over-the-air in China, so it could be a while before it reaches all users. Last month, Huawei had commenced the rollout of EMUI 9.0 to nine of its smartphones, and the P20 and P20 Pro were a part of that list.

As mentioned, EMUI 9.0 brings GPU Turbo 2.0, which is designed to optimise intensive workloads and give an on-demand performance boost to the devices while reducing power consumption. It also brings a new Password Vault that helps users store their encrypted password with face or fingerprint for various services. There is also an Uninterrupted Gaming Mode to meet the needs of mobile gamers.