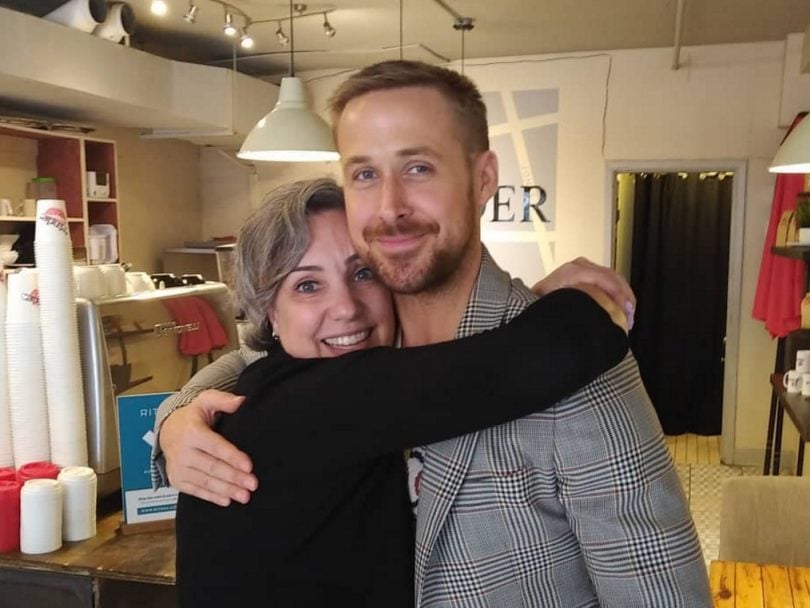 If we learned anything from the time the internet sent Pitbull to an Alaskan Walmart, it’s that sometimes silly internet campaigns pay off.

When Ryan Gosling walked into Toronto’s Grinder Coffee it wasn’t just to pick up a latte, but the final act in a days-long campaign to lure the actor into the coffee shop while he was in town promoting his Neil Armstrong biopic First Man at the Toronto International Film Festival.

Using the hashtag #ryanneedsgrinder, the coffee shop put out a series of posts and a cardboard cut-out of the Canadian star to try and lure Gosling to the shop. “We think maybe you got lost on the way here. Ryan Gosling in downtown traffic it takes only 18 minutes to get to Grinder Coffee from #TIFF” one post read, another featured Gosling’s paper doppelganger greetingcustomers at the coffee shop.

After nine long days of tantalizing Facebook posts, on Tuesday, the campaign paid off and Gosling walked into Grinder Coffee where owner Joelle Murray approached him, according to Canadian news outlet CTV News. While Gosling reportedly thought the campaign was “quite funny,” according to Murray it was actually his mother who convinced him to visit. Having an obedient son paid off, because now his mother “has free coffee for life at Grinder.”

This isn’t the first time that Grinder Coffee has set out on a mission to lure in a celebrity. Last year during the film festival, they tried to convince Idris Elba to come get a cup of coffee. That campaign failed, though, a fact that Murray couldn’t help but mention in her photo with Gosling, writing, “Take that Idris Elba your loss!!!!”