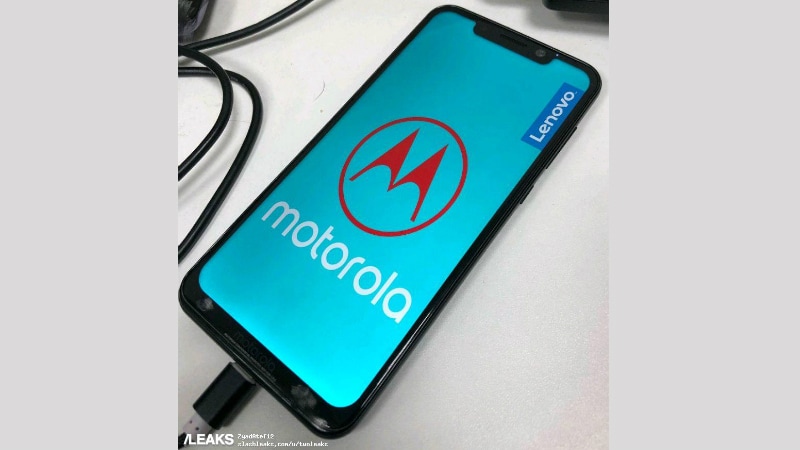 Motorola is said to be working on an Android One device, and it’s expected to be called the One Power. The smartphone’s render was leaked a few days ago, and now an image of a working smartphone has appeared online. This leak reaffirms the Android One smartphone will have a display notch and a slight chin at the bottom.

The leaked image has been shared on Slashleaks and it shows the front of the Motorola One Power. The smartphone is seen sporting an iPhone X-like display notch, a slight chin at the bottom and the words “Motorola Confidential Property. Not For Sale.” printed on it. The display is turned on, and it displays only the Lenovo and Motorola logos for now. Because the smartphone is a part of the Android One program, it should receive fast and seamless updates from Google.

This leak does not show the back of the Motorola One Power but the previous leak shows a vertical dual camera setup at the back. There’s also a circular ring at the back with a Moto logo that presumably doubles up as a fingerprint sensor as well. The Motorola logo is located in the front bottom chin, while the Android One branding is seen at the back. It is worth noting here that contrary to other Motorola smartphones nowadays that have “Moto” brand, the rumoured Android One has the Motorola brand altogether. Moreover, the bottom of the smartphone featured on the image has a speaker grille and a USB Type-C port.

There’s no word on the pricing, availability, or the specification details of the Motorola One Power as of yet. We expect to hear more soon.