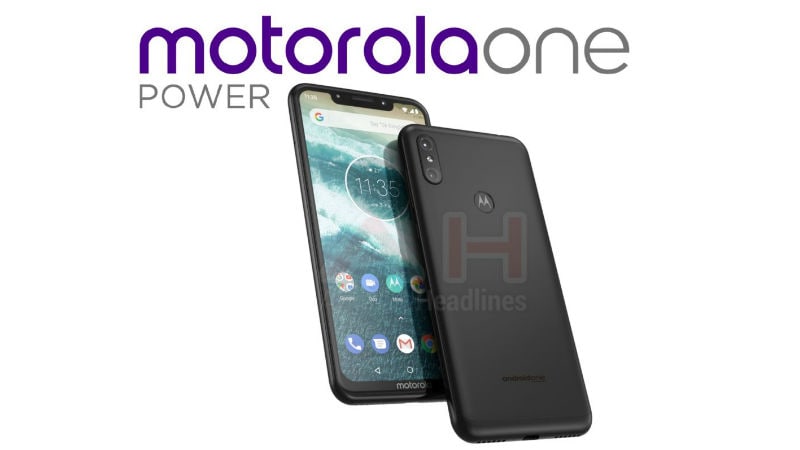 After unveiling the Moto G6 and Moto E5 series this year, Motorola is in the midst of rumours of the Moto Z3 Play. Now, the Lenovo-owned company is in the headlines for building an Android One smartphone that could debut as “Motorola One Power”. The company hasn’t revealed any details about the new model. However, a leaked official render has surfaced suggesting an iPhone X-like design for the unannounced Moto handset. The Moto X4 Android One Edition for Google’s Project Fi notably arrived in the US last year. This was the company’s first device based on Android One programme.

It looks like unlike the Moto X4 Android One Edition that was limited to the US market, the new Android One model is designed for the global markets. Folks at AndroidHeadlines have claimed that the new model will be called the Motorola One Power. The image sourced by AndroidHeadlines shows an iPhone X-like front with a notch on top and an edge-to-display filling almost the entire frontal area. The notch is likely to have an earpiece and two circular holes, which might comprise two image sensors.

Details about the price and availability of the Motorola One Power haven’t been revealed yet. Similarly, we are yet to see the specifications of the reported model.