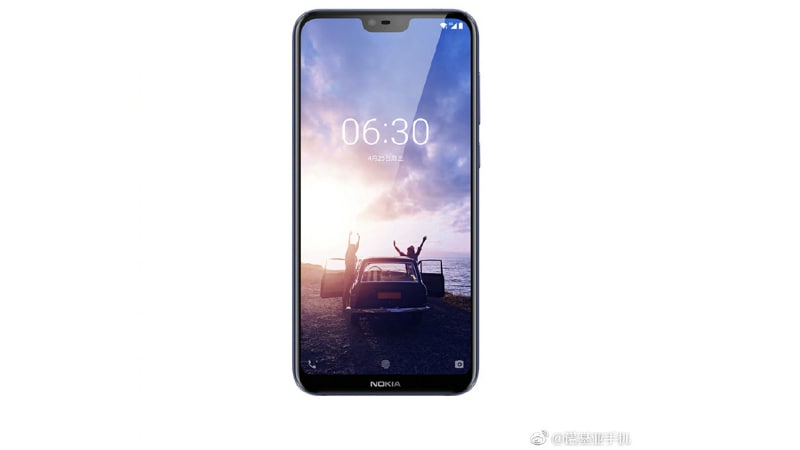 The anticipated Nokia X6 smartphone, which may be called the Nokia X, has been leaked yet again, this time in a video showing the front and back of the device. The phone’s display also reveals the event details in Beijing, where the Nokia X is expected to be unveiled on May 16.

The Nokia X video has been posted on Weibo, and the framing unfortunately cuts out the notch but shows the vertical dual camera setup at the back. The device is donning a Black finish, with a fingerprint sensor beneath the camera sensors at the back. The volume rocker and the power button are housed on the right edge of the smartphone.

The Nokia X6 is expected to launch at an event in Beijing on May 16, going by the loose translation on the display. Design wise, Nokia is also taking inspiration from the iPhone X and bringing the notch display to the Nokia X6. Previous leaks show a thin chin at the bottom as well, housing the Nokia branding.

As per previous reports, the upcoming Nokia X6 is expected to run Android One-based Android 8.1 Oreo out-of-the-box. It will most likely sport a 5.8-inch full-HD+ (1080×2280 pixels) display with a 19:9 aspect ratio. In terms of internals, the smartphone might arrive with a Qualcomm Snapdragon 636 or a MediaTek Helio P60 SoC, coupled with 4GB/ 6GB RAM and 64GB/ 128GB inbuilt storage. On the back, the phone might get a12-megapixel Carl Zeiss lens.