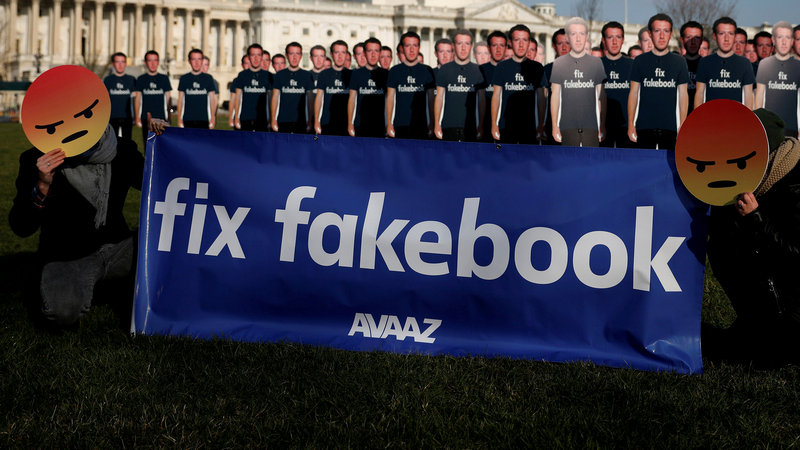 Facebook told British lawmakers on Thursday that it never read the terms and conditions for an app that ultimately allowed Cambridge Analytica to access 87 million users’ names, “likes” and other personal information.

The admission from Mike Schroepfer, the chief technology officer for the social media giant, concerns a quiz app made by researcher Alexander Kogan, and his firm known as GSR, which collected data on users who authorized it, as well as scores of their friends. It then transferred that data to Cambridge Analytica, a political consultancy that later had been hired by President Donald Trump, so that the firm could assemble psychographic profiles of voters.

Schroepfer is representing Facebook in British parliamentary hearings, one of multiple investigations around the world into the company’s privacy practices.

Facebook changed its policies in 2014, prohibiting developers from obtaining information about users as well as their friends. Schroepfer said the new oversight included a “move to a proactive review process where if an app developer wanted access to additional data they would have to go to a review with our teams.”

Yet he could not say if Facebook read the terms of use for all apps allowed on the site prior to changing its policy or banning Kogan’s tool in 2015. “I can’t say we never read them, I think it wasn’t a requirement that we read them,” Schroepfer said.

For Facebook, the acknowledgment that it didn’t closely study the apps on its platform could prove troubling to investigators in Europe as well as the United States.

Along with the UK, which has held hearings to probe the matter, regulators with the European Union are also studying the Cambridge Analytica controversy. The EU’s Parliament has asked Facebook CEO Mark Zuckerberg to testify at an upcoming hearing, but he has not committed to an appearance.

In the United States, Facebook is facing the potential of massive fines from the Federal Trade Commission if the agency determines that the company misled users about its privacy protections. Facebook also revealed recently that malicious actors scraped public profile data from the site’s roughly 2.2 billion users.

Facebook said 1,040 people in the UK had installed Kogan’s app, which allowed it access to around 1 million friends’ personal information. They and others have been notified, as Facebook undergoes a review of all apps on its platform and their privacy practices. Schroepfer said Thursday he could not give a precise timeline as to when the review would be completed.

Facebook also told UK lawmakers on Thursday that it would seek to ensure political ads targeting British lawmakers and voters are more transparent, much as it has pledged to do in the United States. It will vet and label those ads in time for local elections in May 2019, Schroepfer said.